Winter is still hanging in around here, but spring and the northward-moving sun get stronger each day or at least we have waves of ever-slightly warmer temperatures, and then falling back to bitter cold. There is still snow everywhere and there is that last bit of heavy ice in the driveway right by the car. That is always fun, sliding forward on that sheet of ice while reaching for the car door-handle to keep from going down. Anyway…

My son Michael and I continue to work on the Michigan Music Project, and I include one of the rough graphics that I created that we are considering. I have kept busy tweaking the studio and packing equipment cases to do location video shoots. As part of our project, I spent some time two days ago interviewing John Meeks, a 91-year-old man who was very much a part of the African-American Idlewild Resort years, what has been called the "Black Eden," a place in mid-Michigan (from 1912 to the mid-1960s) where black Americans flocked to in the summer months. Since blacks were forbidden to use white resorts or vacation spas, they built their own community right here in Michigan, almost a town of its own. On any given weekend, there could be 25,000 or so folks present. Idlewild is just 30 miles from where I live.

Here are just some of the famous entertainers that were featured at Idlewild:

As for writing essays and articles, I have not been moved to write much other than material for the Michigan Music Project. I guess I have written enough for a while (as you all know), but I will continue to keep my friends updated on my goings on, and, of course, will write as something occurs to me. Meanwhile, I am turning whatever insights I have inward on whatever I am doing, in the fashion of the Zen Buddhists. 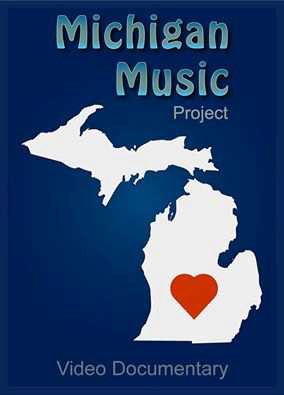